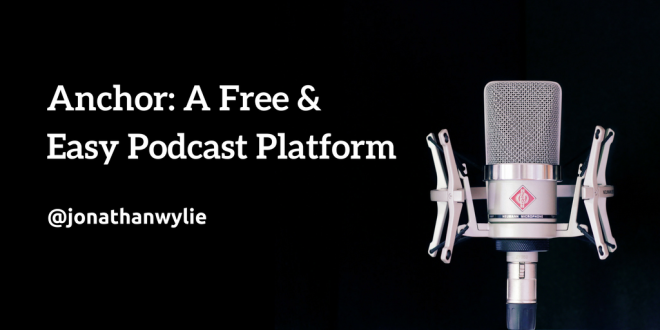 Anchor, a popular mobile podcasting platform, has been around for a couple of years now, but today’s update may be the breakthrough moment it needs to establish itself as the go-to podcasting platform for would-be podcasters who want powerful features without the complexity that usually comes with producing a professional podcast. Here’s what you need to know.

Up until today, Anchor was an app you could use on iOS or Android to record short podcasts that you upload to the web and share with others. So, what’s new in version 3? Quite a lot actually. Here are some highlights:

These features are added to existing functionality that includes the ability to record with up to 10 other people, the ability to play call-in voice messages, automatic audio to text transcription, and the option to add a variety of musical transition effects.

Anchor is an iPhone app on iOS, but it works on iPads too. It is supported on Android, and now has a web platform that works on Mac, PC and Chromebooks. Anchor is also 100% free right now. There is nothing you can pay for, even if you wanted to. This makes it an appealing option for educators, but is there a catch?

At some point, Anchor will need to start paying back its investors. My guess is that this will come in the form of ads that are placed before, during or after your podcast, with the addition of an ad-free tier that you can pay for if you want to. This is just speculation on my part, but something to think about if you are considering Anchor for podcasting with your students or colleagues.

Until then, it’s still a compelling option for teachers. Opinion Podcasts was a favorite of mine right up until they decided they could no longer afford to host your podcasts for free. But, there’s nothing to say that you can’t enjoy Anchor while you can because who knows what the future will hold.

Do You Wanna Build a Podcast?

If you’re reading this post because you are thinking of creating a podcast yourself, then I would encourage you to listen to episode 39 of The Edtech Take Out, a podcast that I co-host with Mindy Cairney. In this episode, we talk about how to plan and produce your first podcast. We don’t mention Anchor specifically, but there are lots of ideas and options here that would be transferable if you did decide to make a leap into podcasting. You can find The Edtech Take Out in the Apple Podcasts app or on Google Play Music. You can also find it in Overcast, Pocket Casts, and other good podcast players.

One thought on “Easy Podcasting With Anchor”