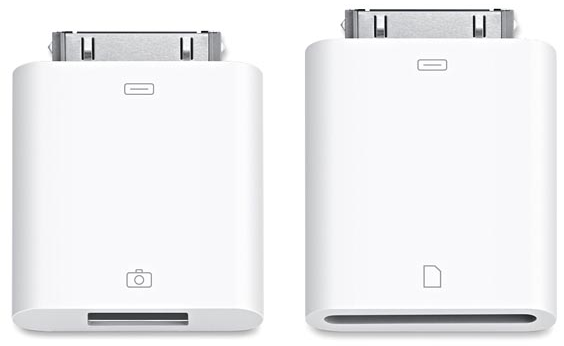 Apple’s official camera connector kit was created to help photographers transfer photos and/or videos from a camera to the iPad, but it really does much more than this. The kit comes in two parts – a USB connector, and an SD card reader. So, in theory, you can connect your camera via a USB cable, or, (if it uses SD cards), via the SD card reader.

Much of what follows is already well known in technology circles, but when I showed this accessory to a group of teachers recently, they had no idea of what else it could do. You see, it has long been known that there are a number of peripherals that you can connect to the iPad via the USB camera connector. Here are some examples of ones that have been proven to work:

Will all USB devices work? No. Only those that draw a very small amount of power, or some that are powered by a separate mains power supply. Also, a USB mouse will not work as there is no ability to use a mouse within the iOS ecosystem, and similarly a USB flash drive will also not be of any use here either. However, there are numerous devices that do work, so experimentation is not a bad thing. If you get a warning that the device is incompatible, don’t worry. That is normal, and may or may not be truthful!

If you have anything up to the 3rd generation iPad, you can get a camera connector kit (as pictured above) for $29 from Apple, or other authorized retailers. If you have an iPad Mini or a 4th generation iPad, you will notice that Apple decided to sell the Lightning equivalents separately, so they are $29 each, but you may only want the USB version. Most cameras in the last 4 years or so will have no trouble connecting via USB, and you can experiment with what else might work in your own time.

Feel free to leave a comment with any success that you have had connecting USB peripherals to the iPad.

10 thoughts on “The iPad Camera Connector Kit: For More Than Just Cameras!”